Alberta Ferretti is style, femininity, elegance, sensuality and glamour. Her passion for fashion begins when she was very young and inaugurates a career full of personal achievements, style and business.

In 1980, Alberta Ferretti and her brother Massimo Ferretti created Aeffe SpA and, the year after, she debuted as Creative Director of her own brand at the Milan Fashion Week.

The rapid global expansion – coordinated by the four showrooms in Milan, Paris, London and New York – leads to the opening of a number of boutiques in the most important fashion and luxury capitals of the world.

These successes will be worth many awards. Among them, in 1998 she was appointed Cavaliere del Lavoro by the President of the Italian Republic Oscar Luigi Scalfaro. In 2000, she received an honorary degree in Conservation of Cultural Heritage for the recovery of themedieval village of Montegridolfo. In July 2005, she received the award in Rome for her professional commitment and for her work in promoting Italian culture in the world.

Also in 2005, the International Fashion Group with Anna Wintour awarded her in New York for the prize “The Romantics” for the annual Night of Stars. In 2018 Alberta Ferretti partnered with Alitalia airlines to re-design the iconic uniforms. Her designs were unveiled in June and will be officially launched later in 2018.

Interpreter of a desire for beauty, charm and personality, the most important celebrities and international socialites wear her creations on the most photographed red carpet worldwide. 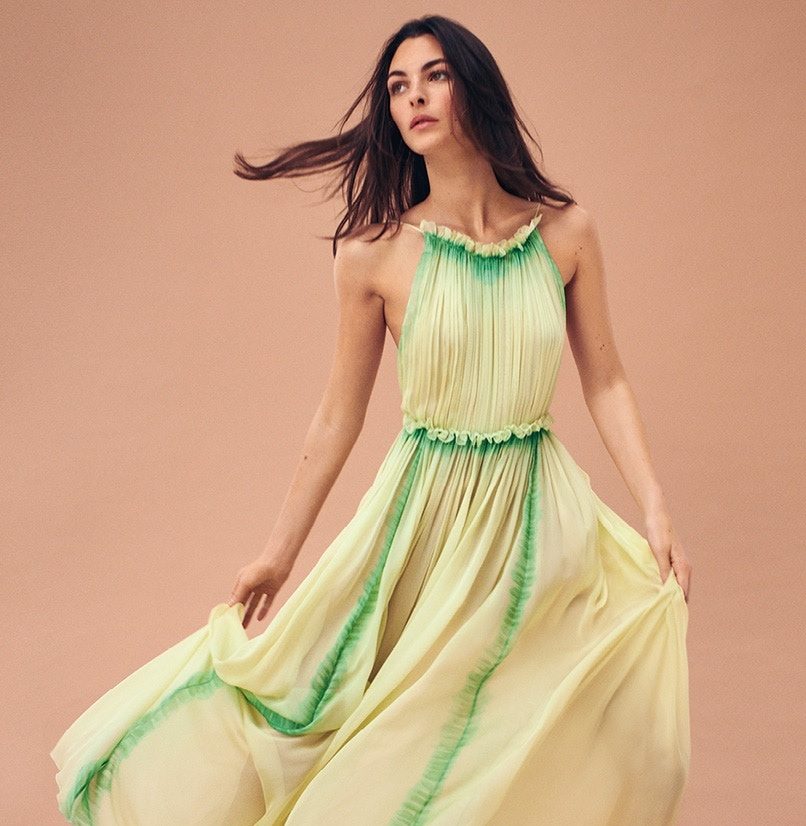